To share your memory on the wall of Sonne Ward, sign in using one of the following options:

Sonne was born on June 15, 1942 to E.W. ‘Zeke’ Ward and Rose Summers Ward at their family ranch. Being the youngest of four, Sonne brought great adventures to the family. Sonne loved cars and tinkering from a young age; he was always trying to fix things. He attended school in Rexburg and graduated from Madison High School.

After high school, Sonne continued on with his adventures. He joined the traveling circus which started his love for travel. He married his first love Phyllis Boucher and they had three children, Dave, Angela, and Brenda. During that time, Sonne worked as a traveling agricultural salesman for Snake River Supply. He was able to turn his tinkering into inventing by creating a few patented snowmobile parts for his EZ Load business.

Sonne followed in his father’s path and moved to Hamer, Idaho in the late 1970s. Sonne was able to help his dad on the farm and raise prized polled heifers. Sonne’s zest for life took him down the road of mountain manning. As a mountain man, Sonne would proudly dress up to teach at scout jamborees, speak at the local schools, and participate in the annual parades. During this time he met the second love of his life Paula Guthridge and they had two children, Josee and Katee.

Sonne’s passion for Hamer and inventing led to him building a fully solar powered home on the acreage he purchased from his father. It was from there that his career in inventing skyrocketed. He created a solar car, an electric car, and a high mileage gas efficient car which he set many groundbreaking records with. Sonne loved to talk about particle plasma physics with anyone that was smart enough to follow along. He was a guest presenter throughout the United States and was even invited to speak in Switzerland. He was later awarded an honorary doctorates degree and inducted into the International Inventors Hall of Fame.

Sonne was a true genius of his time and will be remembered for his witty humor, how he enjoyed snowmobiling in his younger years, his pet rattlesnakes, his love for Green Canyon Hot Springs, his Marilyn Monroe collection, and his songwriting and guitar playing. He always loved Easter and was baptized on Easter Sunday 2006 at the Community Church of Mud Lake.

Sonne is survived by his children, Dave (Lisa) Ward, Angela Ward, Brenda (Craig) Perkinson, Josee Ward, and Katee Ward; his brother DeLoy (Viola) Ward and sister Dixie Nording; nine grandchildren, ten great grandchildren, his former wife Paula Ward, and many nieces and nephews. Sonne is preceded in death by his loving parents, his brother Lee Ward, his former wife Phyllis Ward, and many amazing friends that helped him along his journey.

The family would like to thank the nurses and staff at Life Care Center of Idaho Falls for the compassionate care during Sonne’s time there.

In lieu of flowers, the family would like to encourage donations to the Sonne Ward memorial account at Idaho Central Credit Union (ICCU) for a memorial scholarship to be given yearly to a senior at West Jefferson or Clark County High School interested in studying agricultural, engineering, or science. In honor of Sonne, treat someone you love to ice cream, it was his favorite. No services will be held at this time, but a celebration of life will be planned at a later date.
Read Less

Receive notifications about information and event scheduling for Sonne

There are no events scheduled. You can still show your support by sending flowers directly to the family, or planting a memorial tree in memory of Sonne George Ward.
Plant a Tree

We encourage you to share your most beloved memories of Sonne here, so that the family and other loved ones can always see it. You can upload cherished photographs, or share your favorite stories, and can even comment on those shared by others.

Plant a Tree in Memory of Sonne
Plant a tree 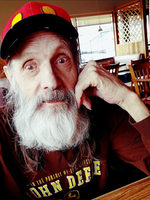 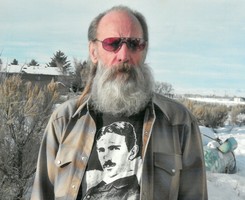