To share your memory on the wall of Paul Bacca, sign in using one of the following options:

Print
Joseph Paul Bacca Jr. passed away peacefully with his son by his side, shortly after his daughter & wife said their good byes to him at Fairwinds-Sandcreek Retirement Community in Idaho Falls, Idaho.

Paul was born January 6, 1932 in Trin... Read More
Joseph Paul Bacca Jr. passed away peacefully with his son by his side, shortly after his daughter & wife said their good byes to him at Fairwinds-Sandcreek Retirement Community in Idaho Falls, Idaho.

Paul was born January 6, 1932 in Trinidad, Colorado to his parents Joseph P. Bacca & Mary Elizabeth (Cescolini) Bacca. He was the third of six children. He lived in Trinidad until the summer of 1940 when the family moved to Honolulu, Hawaii. His family was residing in Honolulu, December 7,1941 during the infamous Japanese attack on Pearl Harbor & other locations on the island of Oahu. He always remembered the day and also the aftermath with the uncertainty of an invasion. In the summer of 1942, his family was evacuated back to the continental United States. The family eventually moved back to Trinidad, Colorado, and then to Denver. After graduating from South High School in Denver, he attended Colorado School of Mines, in Golden, Colorado. He graduated with B.S in Metallurgical Engineering in 1953, upon graduation, he moved to Los Angeles, California to work as a Metallurgical Engineer with Bethlehem Steel Corporation. From 1954 to 1956, he served in the United States Army as 1st Lieutenant Combat Engineer Officer, Platoon Leader & Company Commander. While stationed at Fort Carson in Colorado, he learned to ski with the Army. This would be the core and foundation of his future lifestyle. After his service in the US Army, he moved back to Colorado to work for Dow Chemical Company at the Rocky Flats Plant in Boulder. In 1957, intrigued by the mountains & streams of Idaho also the low key lifestyle, he took a job in Idaho as a Metallurgical Engineer specializing nuclear fuels, hot cells operation & postirradition examination with Westinghouse Electric Company at the Naval Reactors Facility of the Idaho National Engineering Laboratory, west of Idaho Falls.

Late November of 1957, while working at Westinghouse he met Allene Chehey. They started dating and a year & half later they were married on August 1st, 1959 at Holy Rosary Catholic Church in Idaho Falls. They recently celebrated their 61st Wedding Anniversary. Paul and Allene had a son, Curtis Paul and a daughter Jolene Elizabeth.

After 5 years at Westinghouse, Paul went to work for Argonne National Laboratory-West of the Idaho National Engineering Laboratory operated by the University of Chicago for the US Department of Energy. Paul would spend the next 33 years until his retirement in 1995 working for Argonne. His focus was Metallurgical Engineering and hot-cell operations with experimental Breeder Reactor. While working at Argonne and raising a family he got a Master of Science Degree in Metallurgical Engineering from the University of Idaho in 1963. In 1974, he was promoted to: Manager of the Hot Fuel Examination Facility (HFEF). He authored and published over 30 technical papers covering nuclear fuels, hot cell design, remote systems technology & postirradiation examination. In 1988 he was elected as a Fellow of the American Nuclear Society. He also served on several (Department of Energy/ US State Department) international trips to Japan, Indonesia, & Europe. In 2004 he was selected to be the recipient of the ANS (American Nuclear Society) Ray Goertz Award. This award carried great distinction for a lifetime of contributions of the advancement of remote technology in the nuclear industry. He worked 42 years as Metallurgical Engineer, of which 33 years at Argonne National Laboratory.

Paul loved skiing; living in Idaho Falls provided him with the opportunity to ski the world class resorts, Sun Valley, Jackson Hole and Grand Targhee. His early years in Idaho during late 50s & early 60s, he spent every weekend skiing in Sun Valley. As his family got old enough to ski, his passion and enthusiasm for the sport was carried on to his kids, at the same time two new ski resorts opened; Jackson Hole Mountain Resort in 1966 and Grand Targhee in 1969, so now took his young family skiing with him every weekend to the new resorts as well. He loved the whole lifestyle of skiing & après. He was the ultimate family man, family was extremely important to him. Any vacation time was spent with his family. Every summer he loaded up the car and drove his family to San Diego to visit his parents & sisters, these trips included many happy days of quality beach time, family dinners, Dodgers & Padres games. He also enjoyed fishing, and golfing where he made many great friendships at the Idaho Falls Country Club. He was a devout Catholic, and attended Christ the King & Holy Rosary churches for 40+ years while living in Idaho Falls. He made friends easily and loved to entertain. His retirement years were spent relaxing; reading and weekly trips to visit his granddaughters in Sun Valley. He also loved his grand-dogs like his own.

He was a very smart, kind, humble, sincere and loyal man who had a very strong work ethic and high integrity.

In February of 2019, he fell broke his hip (femur) and his wrist in his driveway. He recovered from the surgery along with two bouts of pneumonia. He moved into an apartment at Fairwinds-Sandcreek, Retirement community in May 2019. He loved it there. Most of all he loved his physical therapy sessions on Mondays & Fridays with Mark Osadchey, his PT. Working out with Mark was the highlight of his week. He greatly respected and trusted Mark’s knowledge and experience. The love, empathy, compassion & the true sincerity from the whole Fairwinds staff was greatly appreciated and made him feel at home especially during his final days. It was his loving home the past 16 months. Our family would like to thank the whole staff; from the General Manager, to the Nurses, to the Nurse Aids, to the wait staff, everyone.

Due to COVID-19, a Memorial Mass & Celebration of Life will be held in the summer of 2021
Read Less

To send flowers to the family or plant a tree in memory of Paul J Bacca, please visit our Heartfelt Sympathies Store.

Receive notifications about information and event scheduling for Paul

We encourage you to share your most beloved memories of Paul here, so that the family and other loved ones can always see it. You can upload cherished photographs, or share your favorite stories, and can even comment on those shared by others.

Posted Sep 09, 2020 at 02:53pm
Allene and family,
I was truly sorry to read of Paul’s passing. Paul is the reason that I am in Idaho along with my parents Ed and Sue Hahn. Paul brought my dad to Idaho to work at ECF. It was the greatest fortune of our life to live here in Idaho and I thank Paul for that. As you know, I worked with Paul at Argonne West for many years. I remember making many portraits of you and Paul at the Argonne dinners. Mom and dad are both gone now, but I know how much dad appreciated working for Paul. My heart is with you during this time of grief. Please know I’m thinking and praying for you. God bless, Ed Hahn and family
Comment Share
Share via:
ND

May you find peace and comfort during this difficult time. Thinking of you, Bonnie Dennis 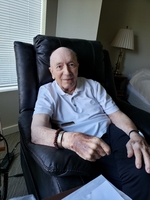