To share your memory on the wall of Michael Vargo, sign in using one of the following options:

Print
Michael Stephen Vargo (Mike), 91, passed away on December 2, 2020, shortly after his family said their

goodbyes to him via a Zoom call. He passed away at EIRMC due to COVID-19.

Mike was born in Pittsburgh, Pennsylvania to... Read More
Michael Stephen Vargo (Mike), 91, passed away on December 2, 2020, shortly after his family said their

goodbyes to him via a Zoom call. He passed away at EIRMC due to COVID-19.

Mike was born in Pittsburgh, Pennsylvania to his parents Michael Vargo and Anna Karas Vargo. He was the

third of three children. After graduating as valedictorian from high school at St. Francis de Salles in Pittsburgh,

growing up during WWII and witnessing the sacrifices made by other young men and families, Mike was inspired

to dedicate his career to service and protect his country, community, friends and family as a nuclear engineer. He

was particularly proud of his contribution during his early career to building the first nuclear-powered U.S. Navy

While in Washington, DC he met Kay, the love of his life. They were married at St. Stephen’s Catholic Church in

North Carolina and were happily married for 61 years. Mike and Kay moved and started a family while he

continued his work for the Westinghouse-Bettis Atomic Power Division in Pittsburgh, Pennsylvania. In 1970, he

Energy Commission at the NRTS by Westinghouse. Mike enjoyed the environment and community in Idaho

Falls and he chose to stay in Idaho. His career and dedication continued at the Idaho National Energy

site, the cornerstone legislation for workplace health and safety, and consulting in clean up audits at Three Mile

Mike was a wonderful husband, father, grandfather, brother, uncle and friend; he will certainly be missed by all

who knew and loved him. He encouraged the importance of education, hard work, kindness, humility and spent

countless hours teaching and living these values with his family. Mike was an avid golfer, a true baseball fan,

and loved cheering for the Pittsburgh Steelers. Known by his close friends as “The Commish”, he consistently

Idaho Falls Country Club. After moving to Idaho, his love of the outdoors was shared with his family during all

Hole, Grand Targhee, Yellowstone and many more National Parks and Forests across the West. He proudly

coached his sons’ baseball teams from T-ball up to American Legion, was active in the Scouts, and coached and

cheered on his children and grandchildren at their various sporting events.

Along with his parents, Mike is preceded in passing by his sisters, Elizabeth Keeney and Josephine

Stempkowski. He was survived by twenty -nine days by his loving wife, Kay Guyer Vargo, and is now survived

Due to the impact of COVID-19, a memorial service and reception will be held in the future (hopefully late

life of his beloved Kay.

For anyone who is not taking the corona virus seriously, the family urges you to please wear a mask, practice

was dedicated to protecting others and we hope all will be inspired to do the same.

Receive notifications about information and event scheduling for Michael

There are no events scheduled. You can still show your support by sending flowers directly to the family, or planting a memorial tree in memory of Michael Stephen Vargo.
Plant a Tree

We encourage you to share your most beloved memories of Michael here, so that the family and other loved ones can always see it. You can upload cherished photographs, or share your favorite stories, and can even comment on those shared by others.

Posted Jan 18, 2021 at 06:38pm
Mike was a man that I knew for a long time as his oldest son Mike JR was one of my best friends and we are still close friends these 46 years I will miss his Dad a lot wish he was still here like I do my Dad that passed away in 2019.
Comment Share
Share via:
MZ

Posted Jan 18, 2021 at 11:13am
Dear Vargo Family; In March when the pandemic hit Idaho and Churches were shut down, I was asked if i would call some of the shut in , in our parish . I was assign to Call your Parents Mike and Kay, I would chat with Mike , I could feel his smile through the phone. His love for your mother was so strong always would report on Kay health good day bad day. He would chat about when he was able to get out and golf, and then play pool with the guys. I so enjoyed our phone chats and I was so looking forward to meeting them in person , but God had his own plans. I can not image the loss that is in all of your hearts ; I hope knowing that so many others cared and loved your parents and are praying for you all at this time be a comfort to you. My sincere and deepest sympathy God bless each of you and keep you in his loving hands. Mary Zacher
Comment Share
Share via:

Posted Jan 12, 2021 at 06:04pm
Dear Vargo Family, I am so heartbroken to hear of your parents' passing. Your father, in particular, was a very good friend to my dad. He was without question one of the very nicest men I have ever met. When I was a little girl, I shattered a glass door at the KID TV station while attending one of Guy's baseball games with LeAnn. I was scared to death that I was going to get in so much trouble, but your parents were only worried that I was hurt, and your dad was so sweet. He did NOT tell my dad. During the years that I worked in the pro shop at the Country Club, he would make my day with his friendly, upbeat nature and kind comments. I never saw him in a bad mood. Everyone in the men's league wanted to play with him. In the last year, my mother would run into your parents frequently at the Fairwinds. She told me about how lovingly your dad cared for your mother, and that they were always together... so in love until the end. My heart is with your family, as I can't imagine what a huge loss this is to you. Please know that your parents will be remembered lovingly by myself and all of my brothers and sisters. Peace be with you, Kristi Crocker
Comment Share
Share via:
LV

Hi Kristi - Thank you so much for your kind words, they are truly appreciated. We were blessed with our parents. Best, Lisa Vargo

Thank you Kristi - I do remember that time and very grateful that you felt their loving care that day he had you, and throughout the years. Thank you for your kind words. Best, LeAnn Vargo Scalzo 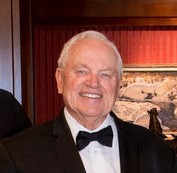 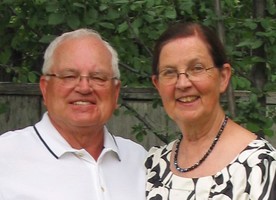 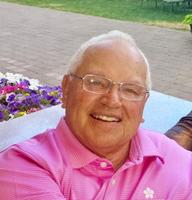 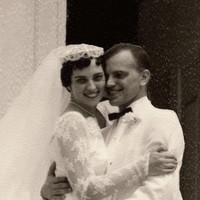