To share your memory on the wall of Marilyn Peters, sign in using one of the following options:

Print
Marilyn Margaret (Becker) Peters, 79, passed away June 5, 2021, at her son's home in Idaho Falls, surrounded by her family.

Marilyn was born on July 19, 1941, in Portland, Oregon. By the time she was 6, she had lived in California, Colorado, Virginia, Missouri, and Ohio. At 7, she contracted rheumatic fever and was bedridden for nearly a year and a half. When she was 11, her forestry father moved the family to East Pakistan, and she and her older sister attended a boarding school in the Himalayan Mountains of Northern India for two years. They returned briefly to Ohio, then moved to Ft. Collins, Colorado where Marilyn completed three years of high school before spending her senior year in Chile, where her father was a forest advisor. She graduated in absentia from Ft. Collins High School and in the fall of 1959, attended the University of Colorado in Boulder, where she majored in Spanish.

In 1962, she married Kermit Peters and graduated from the university in 1963 as Phi Beta Kappa. They moved to Idaho Falls in 1964, they were married for 33 years and had three children.

Marilyn was an active member of Calvary Baptist Church where she had a prayer ministry and became a part-time missionary to Costa Rica, Nicaragua, and Honduras. She also taught school for 3 years in Costa Rica.

To send flowers to the family or plant a tree in memory of Marilyn Margaret Peters, please visit our Heartfelt Sympathies Store.

Receive notifications about information and event scheduling for Marilyn

We encourage you to share your most beloved memories of Marilyn here, so that the family and other loved ones can always see it. You can upload cherished photographs, or share your favorite stories, and can even comment on those shared by others. 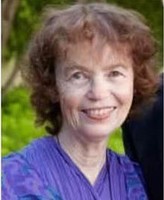