To share your memory on the wall of Marc Weinpel, sign in using one of the following options:

To send flowers to the family or plant a tree in memory of Marc John Weinpel, please visit our Heartfelt Sympathies Store.

Receive notifications about information and event scheduling for Marc

We encourage you to share your most beloved memories of Marc here, so that the family and other loved ones can always see it. You can upload cherished photographs, or share your favorite stories, and can even comment on those shared by others.

Posted May 28, 2020 at 10:44pm
My condolences to Marc's family. I had the privilege of getting to know Marc when I practiced law in Idaho Falls for a few years following law school. My most memorable experience with Marc was when he encouraged me to attend a Cursillo and sponsored me when I decided to do that. I'm sure Marc will be greatly missed by the Catholic community in Idaho Falls, attorneys who dealt with Marc, and the many people Marc represented in his many years of practice.

Posted May 20, 2020 at 12:36pm
Joe, Scott, and Jonathan,
Please accept my deepest sympathies on the passing of your father. I loved Marc. More than thirty-nine years ago, Marc hired me. He was a young lawyer, but I was even younger. He was highly recommended to me by several judges as an up-and-comer in the legal community. I still remember and try to practice the many legal virtues he modeled and taught me.
In recent years we exchanged emails. Often, he would return my email with his grammatical corrections noted, still my teacher. I am disappointed in myself that I was unaware of Marc's health, but I am grateful to count him as a teacher, mentor, and friend.
He loved you boys!
Bart M. Davis
Comment Share
Share via:
FB

Posted May 18, 2020 at 03:58pm
Joe, Scott, and Jonathan,
We were so saddened by your father"s passing. We prayed with him often at Mass where he was a lector and Eucharistic minister. The current virus caused us to stay away from his services and seeing you all again. You are all in our thoughts and prayers. Memories of you all growing up on Koster Ave. with our kids sometimes makes is smile. Frank said that he has never known a lawyer he trusted more. We will be making a donation to St. John Paul ll in his name.
Your old neighbors, Frank and Fran Breen

Posted May 16, 2020 at 11:15am
We are SO sad to hear about your dad. We all loved him and he was a part of our family. Please know we are thinking and praying for you all.

Posted May 16, 2020 at 10:45am
We loved Marc. The Ferrin family has lost a great man. My mom has lost a true companion. May we all be comforted in our fun memories of him. May his boys and their families know how much he meant to us! Love, Cindy and family
Comment Share
Share via: 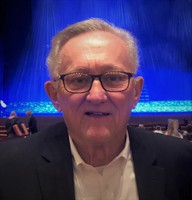 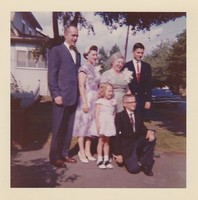 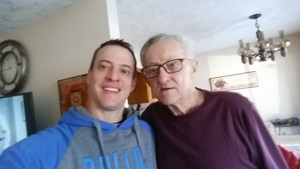