To share your memory on the wall of Jindra Miniver, sign in using one of the following options:

To plant a memorial tree in honor of Jindra Miniver, please visit our Heartfelt Sympathies Store.

Receive notifications about information and event scheduling for Jindra

There are no events scheduled. You can still show your support by sending flowers directly to the family, or planting a memorial tree in memory of Jindra Miniver.
Plant a Tree

We encourage you to share your most beloved memories of Jindra here, so that the family and other loved ones can always see it. You can upload cherished photographs, or share your favorite stories, and can even comment on those shared by others.

Posted Apr 23, 2021 at 10:16pm
Dear Miniver Family,
Both Sherry and I wish to express our sincere condolences for the loss of Jindra, she was a great woman and we are grateful for her friendship and service in the community. She will be greatly missed.
Sincerely,
Dane & Sherry Watkins
Comment Share
Share via:
JC

Posted Apr 14, 2021 at 09:33am
Jindra used to come to our estate sales all the time! She would always walk up and give me a hug (this was prior to social distancing). She had a heart of Gold! She loved to buy garbage cans, whether they were small indoor ones or large outdoor ones. And she always wanted a "bargain". She definitely knew her Natural remedies for whatever was ailing you at the time. I am certain she will be greatly missed by her family. My deepest condolences for your loss!
Comment Share
Share via: 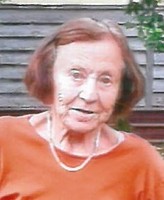