To share your memory on the wall of Jeffrey Woodard, sign in using one of the following options:


Jeff Woodard, age 79, died on May 8th in his home from complications of Pulmonary Fibrosis. Jeff was born in Idaho Falls on February 26, 1941, the second child of Vivian and Jay Woodard. He spent... Read More
Obituary
Jeffrey Jay Woodard


Jeff Woodard, age 79, died on May 8th in his home from complications of Pulmonary Fibrosis. Jeff was born in Idaho Falls on February 26, 1941, the second child of Vivian and Jay Woodard. He spent his early years on the family farm that had been homesteaded by his grandparents Homer and Mary Johnson Woodard on Antelope Flats east of Idaho Falls.

Jeff attended elementary school at Rainey Dell School, a two room, two-teacher school in Swan Valley, Idaho. When Jeff was in first grade, the Rainey Dell School was consolidated with a larger school in Irwin, Idaho, a few miles up the valley. Schools once again were consolidated to the Palisade Dam site where all the children in the area went to school with children whose parents had moved to South East Idaho to build the dam.

In the mid 1950’s the Woodard family moved to Idaho Falls, but continued to live and work on the ranch in the summers. He graduated from Idaho Falls High School in 1959. He was an excellent runner and a member of the IF track and field team. He was a sprinter specializing in the 440 and100 yard events. He was an excellent skier and continued to ski both downhill and cross country throughout his life. Upon graduation from high school, Jeff attended and graduated from University of Idaho in Moscow, with a degree in Agricultural Economics. Jeff also served in the National Guard.

Jeff, his father Jay, and younger brother Matt formed a partnership known as J.D. Woodard & Sons and actively farmed on Antelope and Granite Creek until the early 1990’s. He then became a licensed real estate agent with the Greater Landco Century 21 agency until his retirement.

An important part of Jeff’s life was his commitment to conservation. One major focus was to practice soil conservation farming on the family farm along with his father and brother. He was a board member of the East Side Soil Conservation District from 1984 to 1996. His conservation work with the South Fork Coalition in the 1980’s was fueled by his passion for fly-fishing and the protection of the native Yellowstone Cutthroat trout. He worked hard to protect sections of the river from developments that threatened the wilder stretches of river between Swan Valley and the lower valley. He was a longtime member of the Idaho Conservation League, Trout Unlimited, and the Snake River Cutthroats TU Chapter. He also was a member of the Henry’s Fork Foundation.

A gathering of friends and family to celebrate Jeff’s life will be held at a later time.
Read Less

Receive notifications about information and event scheduling for Jeffrey

There are no events scheduled. You can still show your support by sending flowers directly to the family, or planting a memorial tree in memory of Jeffrey Jay Woodard.
Plant a Tree

We encourage you to share your most beloved memories of Jeffrey here, so that the family and other loved ones can always see it. You can upload cherished photographs, or share your favorite stories, and can even comment on those shared by others.

Posted May 15, 2020 at 08:04pm
To the Woodard family, I wish to tell you his deeply sorry for the loss of your brother. Rest In Peace, native Bonnevilje conservationist, farmer and hunter.
Comment Share
Share via: 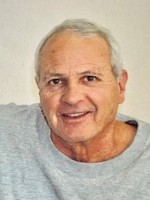