To share your memory on the wall of Jeffery Carlson, sign in using one of the following options:

Print
Jeffery Layne Carlson, our beloved big brother, passed away on September 8, 2020 in a motorcycle accident west of Idaho Falls.

He was born September 21, 1955 in Idaho Falls to Dick and Margie Carlson. Jeff was the oldest of five childre... Read More
Jeffery Layne Carlson, our beloved big brother, passed away on September 8, 2020 in a motorcycle accident west of Idaho Falls.

He was born September 21, 1955 in Idaho Falls to Dick and Margie Carlson. Jeff was the oldest of five children. His siblings are Leslie Carlson, Greg (Becky) Carlson, Amber (Todd) Corsetti, and Allen Carlson.

He grew up and attended schools in the Idaho falls area.

Jeff became a master plasterer as he learned from some quality mentors, our Grandpa, Emil Carlson, and our Dad who he had worked side by side with for many years. Jeff was a perfectionist and it showed in the work he did. He was an incredible artist with a pencil, a pen, or a piece of wood. The beautiful furniture he made through the years was a work of art in and of itself. He also became a remarkable taxidermist when it became too expensive to keep paying one himself. Lol. We all loved his work.

Jeff proudly served in the USMC for two years and was honorably discharged in 1976.

Our big brother he was. Greg recalled a memory of when Jeff came home from school and beat the shit out of him (what Greg remembered) for no apparent reason. Being of a larger frame Jeff had the upper hand and the outcome on Greg couldn’t have been pretty. Nevertheless, no one else had better lay a hand on his little brother or there’d be hell to pay, oh man. Jeff had a need to protect us, as big brothers do. He was the best.

He was a simple man. He lived a simple life. He served his country. He worked and played hard. He prayed to God. He dearly loved his family and his friends, too many to mention. He absolutely adored his furry four legged companions. Jeff loved the road and the ride on his Harley Davidson, Seger playing in the background. And for all that knew him, knew he loved to fish. If Jeff wasn’t in the picture, you knew where to find him. He was on some stretch of a river bank or in his drift boat casting a line.

At times his passion would get in work’s way. The job could wait another day, the fish were calling and he had to go, had to go be of one with his kind. He’d often say to catch a fish, you had to think like a fish. He could read the river like no one else. I believe Jeff sorted everything out on the water. There is where peace and solitude embraced him.

All that knew Jeff just loved him. He was always positive and didn’t need much to be happy. Mom mentioned to me that he often said his prayers thanking the Lord above for another day.

There’s no stronger bond than the bond of siblings. Blessed are we (the five of us, the Carlson Clan) to have experienced and lived this life with you, brother. We hurt. But we are comforted knowing who you’re with and what you’re doing. Your smile is big.
Fish on.

Our brother was preceded in death by our Mom and Dad.

A celebration of his life will begin at 3:00 pm, Saturday, September 19, 2020, at the Roadhouse, 1680 Lindsey Blvd. Military honors will be at 4:00 pm. In lieu of flowers, donations to the VFW would be most appreciated.
Read Less

Receive notifications about information and event scheduling for Jeffery

There are no events scheduled. You can still show your support by sending flowers directly to the family, or planting a memorial tree in memory of Jeffery Lane Carlson.
Plant a Tree

We encourage you to share your most beloved memories of Jeffery here, so that the family and other loved ones can always see it. You can upload cherished photographs, or share your favorite stories, and can even comment on those shared by others.

Plant a Tree in Memory of Jeffery
Plant a tree 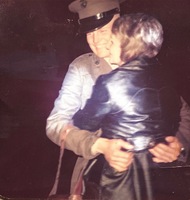 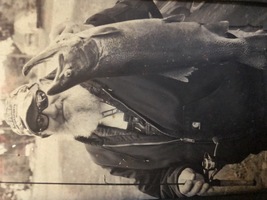