To share your memory on the wall of Guy Williamson, sign in using one of the following options:

Guy was an amazing man and described as "one of a kind" by many over and over. He loved his family deeply and was fiercely protective of his loved ones and always having a "wild and woolly" story on hand to share. He will me missed by many people, some of which we will never know.
Read Less

To send flowers to the family or plant a tree in memory of Guy Leroy Williamson, please visit our Heartfelt Sympathies Store.

Receive notifications about information and event scheduling for Guy

We encourage you to share your most beloved memories of Guy here, so that the family and other loved ones can always see it. You can upload cherished photographs, or share your favorite stories, and can even comment on those shared by others.

Love you all, The Bondoc Family

Flowers were purchased and a memorial tree planted for the family of Guy Williamson. Send Flowers

Posted Jun 03, 2020 at 03:50pm
I’ve known guy for 15 years. He trained me at Boozers and became one of my friends! I will miss his texts and his sense of humor! I’ll never forget when I checked on him after his heart surgery a year ago and he told me to get them girls ready because he’s on the mend!! He never lost his spunk even while at the hospital! I love him and will miss him greatly!
Comment Share
Share via: 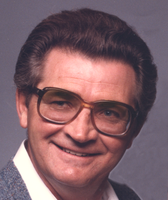