To share your memory on the wall of Gretchen Matthern, sign in using one of the following options:

In 1988, Gretchen applied for and was offered a job at the Idaho National Laboratory. Two years later, she met and married the love of her life, John Walrath. The couple settled in New Sweden, where they offered a haven for many cats, dogs and even some exotic animals.

Gretchen loved Idaho's diverse seasons and reveled in camping, fishing, biking and cross country skiing. She served as a volunteer for the Nordic Ski Patrol at Harriman State Park. She also volunteered and was active with the Girl Scouts and at St Lukes Episcopal Church.

Gretchen was diagnosed with ovarian cancer in the spring of 2014. She underwent 2 cancer removal surgeries and over 6 years of chemotherapy. Her positive attitude was an inspiration to many.

She passed into larger life on August 25, 2020 after a sudden illness. She is preceded in death by her parents, and is survived by her sister Deborah Matthern, her husband John Walrath, 2 dogs, 8 cats and 2 turtles. Gretchen will be greatly missed by all who knew her.

Please consider a donation in her memory to any of the following organizations: the Girl Scouts of America, Harriman State Park, St Lukes Episcopal Church, or Lucky’s Place (the Animal Humane Center of Starr Valley). Funeral Services are pending.
Read Less

Receive notifications about information and event scheduling for Gretchen

There are no events scheduled. You can still show your support by sending flowers directly to the family, or planting a memorial tree in memory of Gretchen Elise Matthern.
Plant a Tree

We encourage you to share your most beloved memories of Gretchen here, so that the family and other loved ones can always see it. You can upload cherished photographs, or share your favorite stories, and can even comment on those shared by others.

3 trees were planted in the memory of Gretchen Matthern

Posted Nov 19, 2020 at 05:58am
My name is Martin and, although I don’t know your family personally, please accept my deepest condolences on the loss of your loved one. The Bible can offer great comfort in these difficult times. When Jesus was on earth he spoke about a wonderful time when we will see our dead loved ones again. This promise can be found at John 5:28,29. I hope you find comfort in these words. If you would like to learn more about the resurrection or the condition of the dead, please visit jw.org. Once again I am so sorry for your loss.

Posted Sep 01, 2020 at 06:14pm
I was so saddened to hear of Gretchen’s passing. I first met Gretchen in 1989 when I was hired at the INL. Although we never worked in the same organization, we worked on several projects together throughout the years. Gretchen always had a positive attitude! We celebrated our most recent project endeavors by eating lunch at the company cafeteria! Moments I will now cherish! I will, most definitely, miss our friendship. Sincerest condolences.
Comment Share
Share via:
SM

Posted Sep 01, 2020 at 09:45am
Our deepest sympathies and condolences for your loss. We are thinking of you and your family during this difficult time. 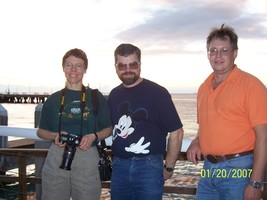 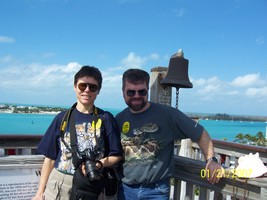 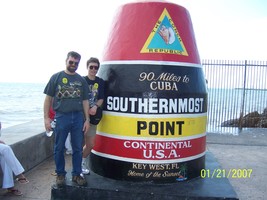