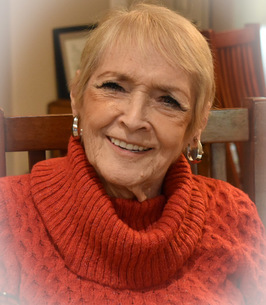 Claire was born July 10, 1943 in Regina, Saskatchewan Canada to Clarence and Elizabeth Lane. She attended and graduated from high school there and worked in the family store in Heward.

In her teens and twenties Claire was a fashion model and an avid ice skater. She enjoyed performing, competing, and later, instructing. She was proud of the beautiful costumes her mother hand-made for her.

Claire married Robert "Bob" F. Whitacre Jr. on May 6, 1965. They met while both were participating in competitive figure skating. As Bob was an officer in the US Navy, the family lived all over the US. Their eldest son Robert Todd was born in Idaho Falls in 1967 and son Kevin Lane in Lafayette, IN in 1971. The family settled in Idaho Falls in 1977.

Claire enjoyed being a stay-at-home mom and loved watching Todd and Kevin's athletic activities including baseball and bowling. She, too, was a bowler and bowled with Bob in leagues in Idaho Falls. When the boys were older she worked part time at EuroTan for friends Lee and Katz Nukaya.

After Bob passed in 2008, Claire remained in Idaho Falls in the family home until deciding to move to Sparks, Nevada to be near her son Todd in 2013. In Nevada she loved time in the sun on her patio, Aces baseball games, walks around the marina with family, the Reno Philharmonic, and blended coffee drinks at her favorite coffee house.

She was preceded in death by her husband Bob; parents C.O. and Beth; sister Edith Britain and brother-in-law Perry Britain.

Claire is survived by sons Todd Whitacre (and his wife Jerianne) of Sparks, NV and Kevin (and his wife Rebecca) of Idaho Falls; and numerous nieces and nephews.