To share your memory on the wall of Denzel Jenson, sign in using one of the following options:

He was preceded in death by four siblings, Wells, Doyle, Naomi and Rinaldo; his remaining sister, Eileen Jenson Wallis, lives near May, Idaho. He was also preceded by his beloved wife of 44 years, Wanda Woodruff Jenson, a native of Roberts, Idaho. He is survived by their two daughters, Linda Montgomery (Robert) and Nancy Makey (Gary), four grandchildren, Mindy (Joe Hardy) and Aaron Guinn, Kris Makey (Juliann) and Heather Steimlosk (Quinn), and four great-grandchildren.

Graduating Valedictorian from Leadore High School in 1949, his commencement speech explored the unknown opportunities offered by the new National Reactor Testing Station, now the Idaho National Laboratory, not knowing he would spend most of his life pioneering new fields of research there. Leaving the ranch because he’d “had enough of milking cows and fixing fences”, he attended Idaho State University where he met the love of his life whom he married in 1952. He graduated from Idaho State University in 1953 with a BS in Physics-Mathematics and began his 43-year career in the new field of Radiological Engineering at the Idaho National Lab. He was a charter member of the Health Physics Society. He earned a MS in Nuclear Physics from University of Idaho in 1960. The Eastern Idaho Chapter of the Health Physics Society declared him the Physicist of the Year in 1968.

Working at the Idaho Chemical Processing Plant late one night in January 1961, his instruments recorded a sudden small change which turned out to be the first indication of the SL-1 reactor accident located just a few miles away. Later he sat with the three bodies as they awaited transport and burial.

He was active in many Idaho Falls organizations over the years. He and his daughter were members of the Idaho Falls Ski Patrol, working at Taylor Mountain, Kelly Canyon, Grand Targhee, and many other intermountain ski areas. He taught American Red Cross First Aid to the Ski Patrol and others over a period of 20 years, often using his daughters as “victims”. He was a Ski Patrol senor test judge for 10 years and was awarded “national numbers”, a Ski Patrol Lifetime Achievement Award. He was a Boy Scout merit badge counselor and a counselor at 4-H camp. He worked with Civil Defense and inspected bomb shelters during the 1960s. He also participated in winter bowling leagues where his daughter was tutored in algebra by Dr. Zinn, of EBR-1 fame. He served as the President of the Idaho Falls Young GOP. Denzel was a Toastmaster for 11 years.

He left Idaho for a temporary job at the Livermore National Lab. When that project ended, his wife suggested the winters in California were much more pleasant than Idaho; he was convinced they should retire and remain near Livermore. He then enjoyed consulting work with Chew and Associates, traveling to various locations around the country. He served as president of his homeowner’s association in Brentwood, CA. For many years he returned to Idaho each summer, spending about six weeks in Island Park to escape the summer heat of California. He often traveled to Salmon to spend time with his family. He returned to Idaho to live near his daughters in 2018.

He enjoyed the outdoors and spent many happy hours skiing, camping and hunting with family. He loved golf, fishing, tying his own flies and teaching his daughters to do the same. He knitted lovely sweaters for friends and family.

His family and friends remember him as patient, steady, smart, and a big tease; describing him as super nice with a penchant for talking to people and becoming a confidant. A renaissance man, he seemed to know something about everything and was able to fix anything. He had a thirst for knowledge; he was an avid reader with a natural curiosity. Always inquisitive and active, he was a ham radio operator, a private airplane pilot and part-owner of a small plane. He taught himself computer languages such as LINUX and built his own computers.

But, always, he was a good man noted for being gentle, kind, and friendly. He was always available to help friends and neighbors. He was a very caring, thoughtful, humble and nice man. He valued his friends and rarely met a person that he did not like. He could not have been a better father.

He deeply missed his beloved Wanda with whom he is now reunited. We, his family, miss him.

In lieu of flowers, please feel free to make a donation, in his name, to the Museum of Idaho: (museumofidaho.org).
Read Less

To plant a memorial tree in honor of Denzel Jenson, please visit our Heartfelt Sympathies Store.

Receive notifications about information and event scheduling for Denzel

There are no events scheduled. You can still show your support by sending flowers directly to the family, or planting a memorial tree in memory of Denzel Jenson.
Plant a Tree

We encourage you to share your most beloved memories of Denzel here, so that the family and other loved ones can always see it. You can upload cherished photographs, or share your favorite stories, and can even comment on those shared by others.

Posted Mar 02, 2021 at 12:44pm
Dear Jenson Family,
Both Sherry and I wish to express our sincere condolences for the loss of Denzel, he was a great man and we are grateful for his friendship and service in the community. He will be greatly missed.
Sincerely,
Dane & Sherry Watkins
Comment Share
Share via: 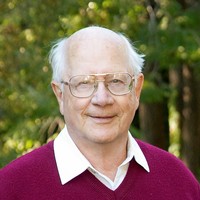 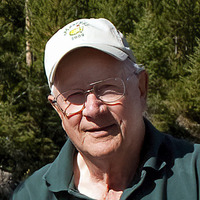 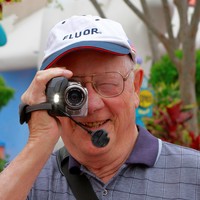 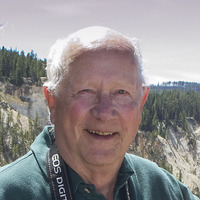